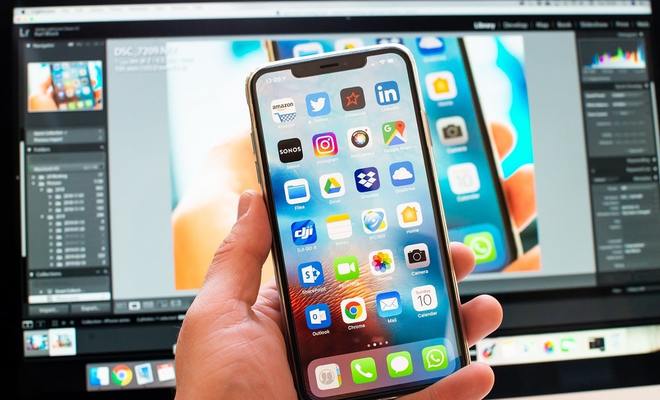 Is translation an easy target for uberisation?

Referring to the use of technology to optimise the balance between supply and demand, the term ‘uberisation’ was popularised in 2014. It now has a permanent place in our vocabulary and covers a wide variety of realities and connotations – some positive, some negative, some controversial.

Sharing economy advocates welcome the rise of a so-called paradigm shift in our society, an economic renaissance for the greater good, a transformation in user interest. A shake-up, in short.

As such, uberisation is often associated with another neologism: the notorious disruption and its derivatives: disrupt, disruptive, disruptor. These may be handy words for crossword fans, but are less satisfying for language professionals, who may have noticed that these new words are being shamelessly borrowed from English and inserted into other languages. In French, for example, ‘disruptif’ is used. Is this because the language of Molière can’t find an equivalent word with an equally positive connotation? Presumably. In English, the word ‘disruption’ in this context doesn’t mean that the change is disturbing or inconvenient: it simply refers to a creative, innovative, or even revolutionary invention.

That’s why in recent years we have seen young companies – startups – develop digital tools and use them to transform certain markets and offer innovative services; breaking up systems that – until then – seemed immutable. Ever since, any entrepreneur worth their salt has been seeking out these ‘disruptive’ ideas that will transform a market in their favour by turning the status quo on its head.

Clearly, not everyone appreciates the so-called benefits of changing this economic model; not least the companies who are used to making a profit the old-fashioned way. Just ask a taxi driver what he thinks of Uber: unfair competition, under-qualified and undeclared workers, job insecurity – not to mention the loss of income for public financing and its repercussions on the ‘system’ as a whole.

That said, there’s no need to broach the subject with a taxi driver. Just ask your colleagues – because even the translation sector isn’t safe from uberisation.

First of all, the translation profession isn’t well protected; anyone can suddenly decide to call themselves a translator or interpreter. This situation has led to low-qualified suppliers joining the market, with knock-on effects on translation quality, the profession’s reputation, and pricing1. On top of that is the pressure, and perhaps even the threat, coming from developments in translation technology, which I have written about many times and won’t repeat here. Finally, there’s the growth in ‘uberising’ platforms, which connect end clients with small independent service providers who want to earn some money on the side (there are many examples of this, including Zingword, upwork and even Proz.com).

Companies that make use of uberisation believe that they have found an ingenious way to reduce production costs through crowdsourcing2. A prime target for this is audiovisual translation. The most famous culprit is, of course, Netflix, which was recently criticised by our colleagues in the French Association for Audiovisual Translators (ATAA) for its woeful subtitling of the film Roma3. But this is not an isolated case, as shown in a blog post by a translation student from the University of Lille. With innocent enthusiasm, she extols the benefits of volunteering (!) for TED Conferences LLC4, an organisation whose revenue in 2015 exceeded US$66 million5. Talking about shooting yourself in the foot. But still, there are several other famous examples of this, such as Facebook, Twitter or Coursera.

So, what can we do to stem this tide? Should we fight against uberisation? I’m not so sure. After all, it’s not the end of the world, even if the trend may seem inescapable or even scary. Instead, I suggest a dual approach.

First, be aware of these trends so that you are in a better position to inform your clients and business partners. If you familiarise yourself with the workings of netflixisation, you’ll be able to highlight your own added value. I'm not an expert on the theories behind the Art of War, but it is still true that you should know your enemy in order to defeat them.

Secondly, always adopt a qualitative approach. Refine your writing. Work on your style. Take part in translation workshops. Don’t be afraid to collaborate with colleagues. Have your work proofread. Find a mentor. By staying humble about our own work, we can constantly progress and improve. Hone your skills like a reaper would sharpen his scythe: regularly, patiently, and thoroughly.

Thirdly, don’t stay cooped up in your office. Why not go out and look for new clients who are desperate to find good translators? (Yes, they do exist.) Prove to them that you’re better than this invisible mass of dilettantes. Continue to train, to defend the virtues of good-quality work.

In three words: promote your professionalism.

On that note, I hope that you all have a great summer, and that you get to relax and unwind so that you come back to work even more convinced of your value. Perhaps you could take some time away and go camping, stay in a five-star hotel or book an…Airbnb.

1 Read more about this in my article published in the Belgian newspaper Le Soir in 2017 for International Translation Day.
2 For further reading on this subject, check out this article published on termcoord.eu.
3 https://beta.ataa.fr/blog/article/le-sous-titrage-francais-de-roma
4 https://mastertsmlille.wordpress.com/2019/06/30/etre-traductrice-benevole-pour-ted
5 https://fortune.com/2017/04/24/ted-talks-conference-corporate-sponsorship